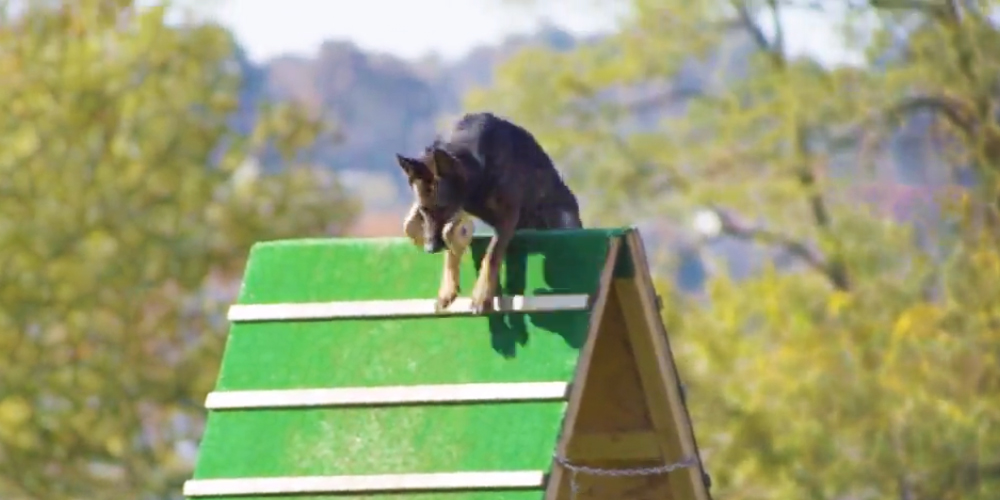 This article originally appeared in the September 2019 issue of Schutzhund USA Magazine.

To owners and handlers of working and sporting dogs, it probably comes as no surprise that dogs have different nutritional needs depending on their activity level. Obviously when they’re working harder, they burn more calories. When they’re not working as frequently or as strenuously, they won’t need to burn as many calories. While you likely have some idea of the environmental impact of heat and cold, it tends to be less familiar to most handlers. With the upcoming change of seasons, we thought this would be a good time to shed some light on the subject.

As you might expect, dogs tend to burn more calories when the temperatures drop. The impact varies depending on how cold it is and how much time your dog spends in the cold. For a dog that spends quite a bit of time in very cold conditions, the difference in their feeding requirements can be significant. The ability to shiver and produce sufficient body heat may increase caloric intake requirements by as much as two or three times their normal warm weather feeding amount. Increasing the amount of fat in the diet is generally the best way to fuel cold weather adaptability.

If you’re wondering where to draw the line, a dog is generally very comfortable in 45-50 degree temperatures even for sleeping. Anything below that will likely require some adjustments to their feeding program. This is particularly important for dogs that rarely spend extended periods of time in colder weather. For a typical inside dog, we recommend a sleeping temperature of no less than 40-45 degrees even with additional calories. For a dog that is frequently kept outside in colder weather, they may surprise you by being quite comfortable even in single digit temperatures provided they’re well fed and able to huddle in an enclosed shelter when not working.

Turning Up the Heat

As you might expect, when the temperatures start to rise, the calorie requirements start to drop. If your dog doesn’t need the extra calories, you’re likely to see one or two things develop if you don’t reduce the feeding amount. First, your dog will start to add some unwanted weight. In addition, you may see some unusual looseness in your dog’s stools due to general overfeeding and an excess of fat and calories in the diet. We recommend not only reducing the amount of calories in the diet but also reducing the protein and fat specifically. We’re not suggesting low levels on either; simply lower levels.

It’s also worth noting that in warmer parts of the country it often makes sense to stay on more of a summer type feeding program throughout the year. We frequently see working dogs move from one part of the country to another and try to maintain the same diet. For dogs living in the South, we generally recommend avoiding our highest fat and protein formulas in favor of our formulas with more moderate levels.

One thing about our Kinetic line of food that lends itself very well to seasonal changes is the fact that all of our formulas are made with the exact same ingredients only at different levels. This enables you to change diets based on both the weather and your activity levels without the need for a gradual transition. This is pretty unique in the dog food world and eliminates a lot of the potential digestive stress that can result from switching foods.