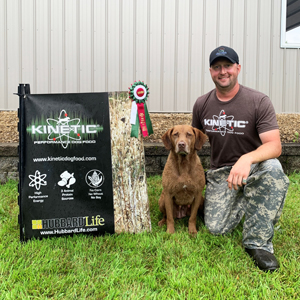 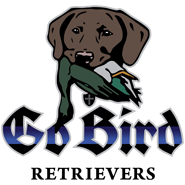 John’s passion for training hunting dogs began as a child when he trained his first dog to hunt pheasant.  While growing up in Minneapolis, he had to be creative to find places to train, but successfully found suitable grounds to teach his dog to hunt.  During college he got his second dog, a purebred Chesapeake Bay retriever. That is when he realized that training dogs was something that he wanted to pursue. Reading training books, training articles and watching training DVD’s became an obsession as he took great pride in successfully training his own dogs.

In 2013, John joined the Four Points Retriever Club and began competing in NAHRA hunt tests. While he enjoys competing in hunt tests, his greatest love is hunting upland birds and waterfowl with a dog that is trained to the highest of standards. John has competed in AKC and NARHA hunt tests successfully. While serving as a K9 Police Officer, John also had the privilege to compete in the United States Police Canine Association (USPCA) events with K-9 partner Beau, a Belgian Malinois. While competing in in USPCA, John enjoyed succes at both regional and national competitions.

John’s pledge is to provide the same level of skill and dedication to your dog as he does with his own.