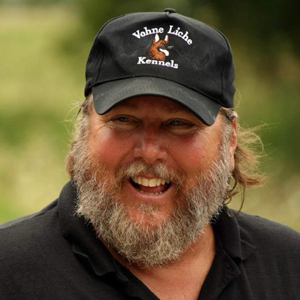 Ken Licklider, SMSGT, USAF (Ret) is the founder, owner and Chief Trainer of Vohne Liche Kennels, Inc. Kenny has nearly 40 years of canine experience, including 17 years serving in the United States Air Force in the canine field. Upon retirement in 1993, he formed Vohne Liche Kennels, Inc. At Vohne Liche (VLK), Ken designed and developed the current K-9 program for U.S. Special Forces for all four branches of the military. He conducts seminars worldwide and has developed kennels and kennel support in Holland and Turkey with branches in South Africa and South America. He has trained/worked with over 2,500 dogs in his career.