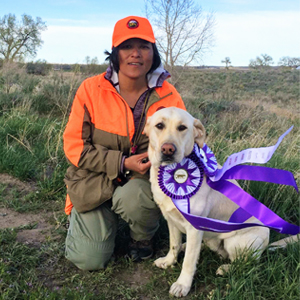 Board of Directors – APLA 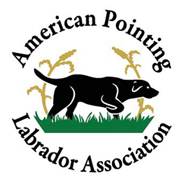 Lily is a physician and Medical Director of a pediatric clinic in southwest Washington state, where she and her husband live with their three pointing Labrador retrievers. Lily’s foray into the dog world started off as a volunteer puppy raiser for Guide Dogs of America. After a decade of puppy raising, she was ready for a different canine challenge, so she and her husband decided to pursue upland hunting as a new joint hobby.

They discovered naturally pointing purebred Labrador retrievers and Lily was intrigued by the training involved in producing a finished upland dog. She founded the Northwest Pointing Labrador Club in 2014 to nurture connections with other pointing Lab owners and build a network for training and hunt testing.

When her club hosted its first American Pointing Labrador Association (APLA) hunt test in Washington, she recalls watching a handler compete in the Master stakes, mesmerized by his harmony with his dog, guiding the dog to the blind with just whistles and hand signals. It felt like a symphony and she realized she wanted that type of connection with her dogs. She began working with a nationally recognized retriever professional who happened to live just down the road, using her one-hour lunch breaks and days off to learn how to become an advanced retriever handler, while continuing to polish her upland training skills.

In addition to hunt testing, Lily loves upland hunting with her three dogs. They have hunted throughout Washington, Oregon and South Dakota, and she is an avid waterfowler as well.

Lily currently serves on the Board of Directors of the American Pointing Labrador Association (APLA) and judges at APLA hunt tests across the country.