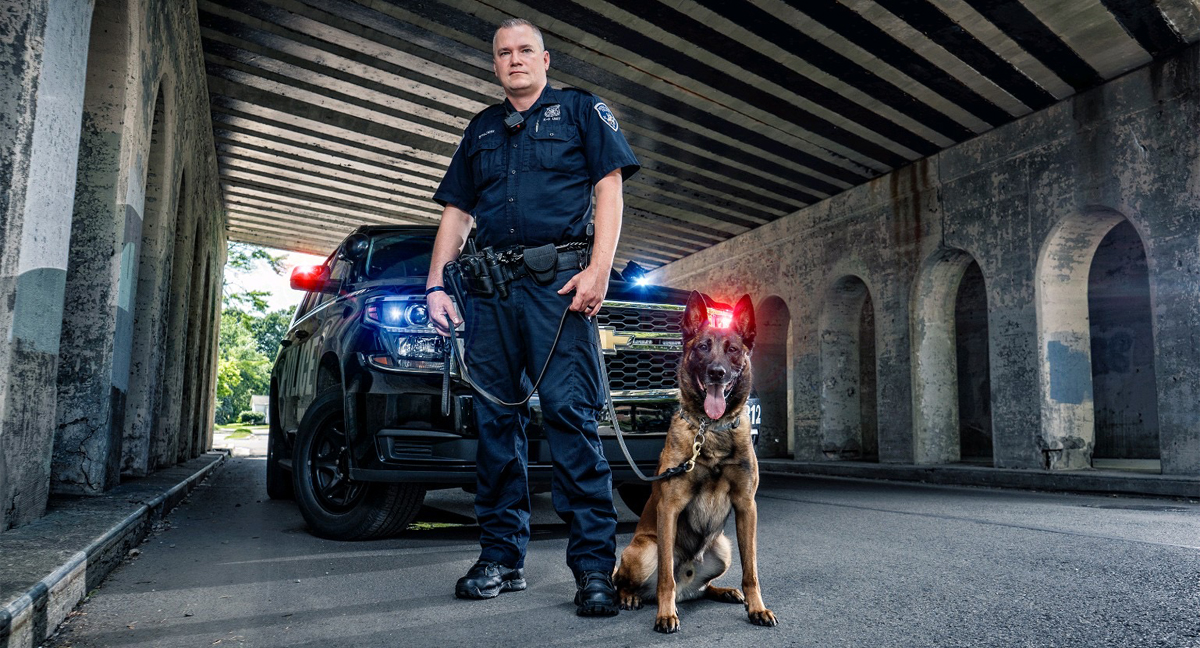 Vohne Liche Kennels, a full-service K-9 training facility for Police and Military Service Dogs, and Kinetic Performance Dog Food, named Officer Michael Stajich and K-9 Jesse of the Royal Oak Police Department in Royal Oak, Michigan as the winners of the 2020 K-9 of the Year contest.  Officer Stajich and K-9 Jesse will be awarded a one-year supply of Kinetic Performance Dog Food for the winning photo submission. In addition, Jesse’s photo will be featured in Kinetic and Vohne Liche media and marketing materials in 2020 and 2021. 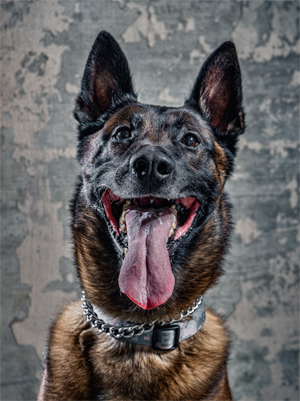 Officer Stajich and Jesse were selected as the winners by Vohne Liche owner, Ken Licklider, and other members of the Vohne Liche Team. “Officer Stajich and Jesse are a very experienced K-9 team with years of great service together,” said Licklider. “It’s great to see these guys taking the foundation of what they learned here at our kennel to the next level and still going strong years later.”

“This is our fifth annual K-9 of the Year contest with Vohne Liche Kennels and we love seeing these great teams that enter each year,” added Dave Dourson, Co-Owner of Kinetic Performance Dog Food. “Teams like Officer Stajich and K-9 Jesse are a great example of Vohne Liche dogs and training that are protecting us on the front lines in a lot of different areas both domestically and abroad.”

K-9 Jesse is a 6 year-old male Belgian Malinois and has been with Office Stajich for 5.5 years. He is a dual-purpose narcotic and patrol dog. “Jesse and the family are so honored to have been chosen as the K-9 of the Year,” said Officer Stajich. “It’s a source of pride to be featured as Kinetic’s handsome new face.”

Founded in 1993 by United States Air Force Senior Master Sergeant Kenneth Licklider, Vohne Liche Kennels is simply the best in the industry in training K-9 Teams for explosive, narcotic, and protection duty anywhere in the world. The training staff at VLK consists of seven (7) on site trainers and two (2) off site trainers, all either former military, law enforcement or both. Vohne Liche trained K-9 Teams can be found working at any number of local, state and federal agencies including the NSA, DoD, US State Department, US Army and over 500 other US government, police, military and civilian agencies. To learn more about Vohne Liche Kennels and their training methods, you can visit their website: www.vohneliche.com.

3 Great Reasons to Use a Canine Hydration Supplement

With many of us gearing up for the hunting season, we thought it would be a good time to cover a topic related to exercis...

This is a topic that comes up frequently in discussions with working dog professionals. For many of us, olfacto...

This article originally appeared in the January 2021 issue of Schutzhund USA Magazine. For you veteran puppy raisers o...

This article originally appeared in the November 2020 issue of Schutzhund USA Magazine. Feeding as many German Shepher...