This article originally appeared in the September 2018 issue of Schutzhund USA Magazine.

Some recent warnings issued by the Food and Drug Administration’s Center for Veterinary Medicine (CVM) have dog owners concerned about their heart health of their dogs. In short, ingredients such as peas, potatoes, lentils and legumes have been linked to significantly increased rates of canine heart disease in breeds not known for their susceptibility to the disease.

Is it Only Grain Free Foods? 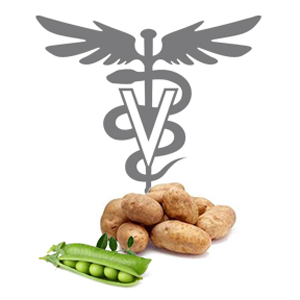 Should You Avoid Grain Free?

We’ve never been big proponents of the grain free trend because it was always based on consumer perception rather than sound nutritional principles. A dry kibble needs starch and dogs benefit from carbohydrates but there are some very good grain sources of carbohydrates that have been used safely and effectively for decades. Regardless of the presence of grain, plant sources such as peas and potatoes should never be considered healthy options to be major portions of a canine diet.

Balance is the Key

In a rush to meet consumer demand for new, different and unique diets, many pet food manufacturers have created diets that people want but often ignore the reality of what’s going to be good for the long term health of their dogs. Unfortunately, we suspect that this won’t be the last health concern to emerge from these types of diets. The grain free and limited ingredient trends have resulted in a large number of canine diets on the market that simply lack balance from a nutrient standpoint. In a world where most dogs eat the same food for virtually every meal, an imbalanced diet is going to be an unhealthy one.

Too Much of a Good Thing

In and of themselves, none of these ingredients is particularly harmful to a dog when consumed in moderation. In smaller quantities, eight to ten spots or lower on the ingredient list, a modest amount of things like peas and potatoes would likely have no negative effects on dogs and can add some limited nutritional value. Forcing the issue with marketing objectives like “grain free” and “limited ingredients” has simply created unsound nutritional practices. Now the bill has come due on some of these trendy practices and, unfortunately, it’s our dogs that are paying the price.